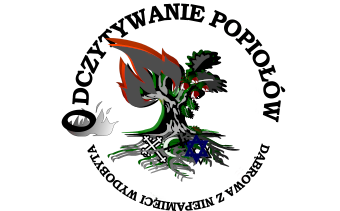 The Kielbasin Transit Camp, outside of Grodno was the holding and deportation locus for Jews from surrounding towns in the Grodno and Sokolka sub districts of the Bialystok District. In Nov 1942 there were 22,000 to 28,000 Jews from 22 cities, towns, and villiages in the Kielbasin Camp. The Nazis first took Jews from towns near Grodno to Kielbasin and then begin a series of Aktions to deport the inhabitants from the two Grodno ghettos they had set up. In December 1942, a severe shortage of railway wagons forced the Germans to suspend temporarily transports to Auschwitz from the Bialystok district ghettos and from Kielbasin. Instead, however, they stepped up the transports to Treblinka, which was relatively close. Towards the end of the month, the Germans decided to liquidate the camp. The last of the Jews there, 2,000-3,000, from Druskieniki, Suchowola, and Grodno (as well as those who had avoided the earlier transports by hiding) were made to walk back to Ghetto I in Grodno.

There were about 130,000 Jews in 116 localities in the Bialystok District, including 35,000 in nineteen locales in the Grodno sub district. The officials responsible for the transports in the Grodno sub district were Heinz Errelis, the chief of the Gestapo in the city, and his deputy, Erich Schott. Transit camps, or as the Germans called them Sammellager, which were actually stations on the way to deportation to the death camps, were set up at various sites in the Bialystok district. The sites of the transit camps were chosen for their proximity to Jewish places of residence. In the case of Grodno, a transit camp was set up at Kielbasin (Kelbasino). From the transit camps the Jews were transported to Auschwitz and Treblinka.

Cities and Towns Where Those in Kielbasin Came From

Jews from the Bielsk-Podloski sub district, in the southern part of the district, were sent directly to nearby Treblinka without passing through a transit camp. The horrific conditions in the transit camps - overcrowding, inhuman living quarters, nonexistent sanitation, serious food shortages, bitter cold, and unspeakable filth - inevitably led to illness and epidemics. The mortality rate was high. Inmates were also subjected to all manners of harassments, beatings, abuse, and even outright murder by the staff and guards.

"Kielbasin, formerly the farm of a Polish squire, lay 5 km from Grodno, on the road to Kuznica. The Germans converted it into a camp for Soviet POWs. The camp covered 1 square km, and a double barbed-wire fence surrounded it, with a guard tower at every corner. By the autumn of 1942, there were no further POWs in the camp. It then became a concentration camp for Jews from Grodno and from the surrounding towns. It has been estimated that at least 35,000 men, women and children were deported to Kielbasin from Grodno and the surrounding area. Survivors of Kielbasin remember its commandant, a Rumanian-born German named Karl Rinzler who could speak Yiddish mixed with German, for his extraordinary brutality. Almost always inebriated, he would take inmates from their huts and shoot them publicly for his amusement. In the morning, upon entering the camp, he called over every Jew he encountered (especially women) and with a heavy rubber club that had a small metal ball attached to its end, beat them until the club was drenched in blood."

"The Kielbasin inmates lived in a sort of barracks, "Ziemlankas", as the camp’s inhabitants called them, 50-100 m long, 6-8 m wide, and about 2 m high (the floor was half a meter deep under the ground). They were the products of the Soviet prisoners' labour during the camp’s previous incarnation. There were six blocks of these barracks, which were separated from one another by barbed-wire fences. A block consisted of fourteen barracks, each of which held at least 250 or 300 inmates (about 500, according to Errelis). Towns populated these barracks: each town was allotted one or more barracks on the basis of its Jewish population."

"The floor in these Ziemlankas was plain earth padded at the bottom with branches and covered with straw. On entering one had to step down five or six steps. Inside there were double shelves/bunks, which served for sleeping. Those in the bottom row could sit but not stand up. Those on top had the roof immediately above them and had to crawl in order to lie down. The boards were dirty, and water leaked in from the roof. Men, women, and children lived together in each Ziemlanka, and also shared the toilet - an open pit, for men and women together. The overcrowding, the bitter cold, the rain that leaked in, and the filth and lice turned these accommodations into death traps. The camp had running water, but Jews were forbidden to go near the taps. It was not uncommon for inmates to be flogged to death for stealing water. Hunger was a permanent fixture at Kielbasin. Food rations consisted of soup with a few unpeeled potatoes or scraps of rotten cauliflower cooked in water and 100-150 grams of bread per person - though even that miserly bread portion was not distributed every day. The hunger, overcrowding, dirt, and lice resulted in lethal epidemics that claimed many victims - seventy a day, on the average. The ill were transferred to separate Ziemlankas and treated by Jewish physicians and nurses who were also incarcerated at Kielbasin."

Source: article on the Grodno Ghetto with details about Kielbasin

How Many People Were Sent to Kielbasin?

This is difficult to ascertain. The total seems to have been over 40,000 people who were sent to Kielbasin over several years.

Leib Frenkel of Druskieniki was on the Judenrat and was head of the transit camp. Źródło:https://www.geni.com/projects/Kielbasin-Transit-Camp/11018 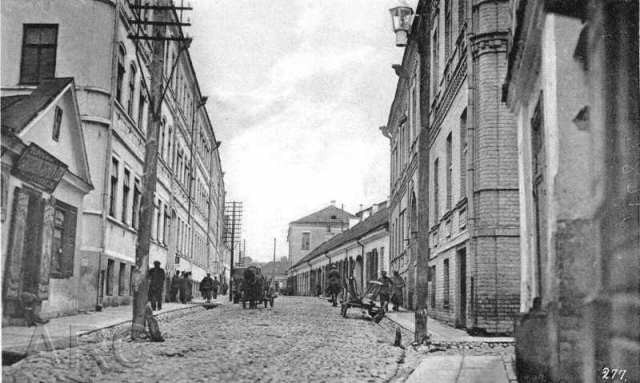